Wasp vs. Bee Portland OR 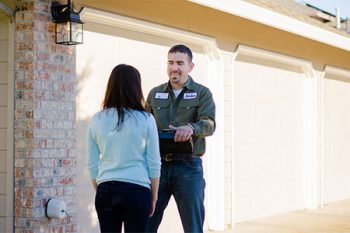 As a pest control company in the Portland, Oregon area, we get a lot of calls for wasp, bee, rodent, and ant control during the summer. We often ask our customers if they are dealing with wasps or bees, and most of the time, they have no idea. Allow us to perform a pest inspection to determine if you have wasps or bees on your property. It is essential to know the difference because honey bees are protected, and we only exterminate them if they pose a threat to humans. Honey bee populations have been dying off at an alarming rate, and nobody knows why. Since they are beneficial for the environment, we never want to exterminate them unless we have to. First, you should know that a “wasp” is a broad category. Yellowjackets, hornets, and paper wasps are all considered “wasps.” When we talk about bees, we are referring to honey bees and bumblebees primarily. Wasps are more aggressive than bees and pose a higher risk for stinging people. Wasp nests can be in trees, under eaves, and even underground depending on the species. Let’s go over some characteristics of bees and wasps below:

Bee Removal in Portland OR 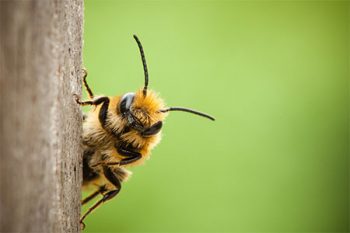 In a lot of ways, wasps and bees can be helpful to your home and garden. Bees will pollinate and make your yard look beautiful, and wasps can eat many plant destroying insects around your home. As a Portland pest control company, we are not interested in a short term gain at the cost of a long term loss. We want to have honey bees around a long time. If you are having a situation with honey bees and need some advice, we would happily take your call. We can get you connected with a local beekeeper or help you identify what kind of bee you might have. Either way, we are here to help.

We do everything that we can to make sure that we do not lower the population of honey bees in our area. We get calls all the time for us to kill what people call yellow jackets, wasps, or hornets, only to find that they have honey bees. Our policy is never to exterminate a honey bee nest unless it is posing a real threat to humans. For example, if a nest was above a doorway in a school and kids were getting stung. Since about 3% of the population is fatally allergic to bee stings, this would give us reason to exterminate the nest. However, even in these circumstances, we would always suggest calling a beekeeper first. Most of them in the Portland area will come and take a Honey Bee colony out for free. 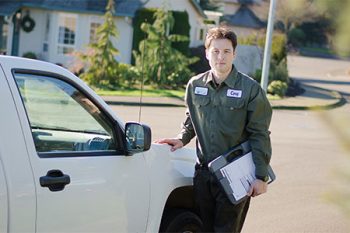 We provide a variety os pest control services to various locations. If you need wasp, termite, bed bug, or ant control in Vancouver, Portland, Camas or anywhere in between give us a call!