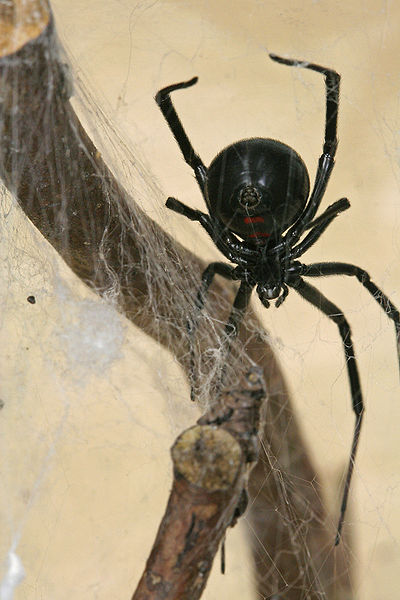 Most people are at least a little afraid of spiders.  Even know most of them cannot even hurt you, they are still pretty creepy.  spiders are often thought of as an insect, but are actually classified in a different category altogether called arachnids.  They do serve a benefit in their environment and eat a lot of insects that would be potentially harmful to plants and gardens.  So, they are not all bad.

Here in the Pacific Northwest, we really have just a few that you should keep an eye open for:

Hobo Spiders:  This is the most common venomous spider that we have here.  Although, they are still rare, they can be found in homes and are identified by their large, brown bodies and their funnel webs.  Hobo spiders are often mistaken for the “Giant House Spider” which is a close, non-venomous relative.  The difference between them is subtle and can only positively be identified under a microscope, but here are a few of their characteristics.  They have a dark V-shape on their abdomen with the chevron pointing towards its head and the joints on their legs is a darker color than the rest of their bodies.

Black Widow Spiders:  Are not common to this area, but are easily identified by their black bodies and red hourglass shape on the underneath side of their abdomen.  Despite the prominent markings, many spiders have similar markings, but are not venomous.  Typically, black widows are brought to our area from items shipped from the southern parts of the country, often on the bottom of furniture.  Male black widows are smaller and brown in color, but are not poisonous.

Brown Recluse Spiders:  These spiders are also not common to our area and are typically found in the southeastern parts of the country.  They are identified by the violin shape on its back, which is why they are often called “fiddle backs”.  They also have 3 eyes, where most other spiders have 8.

Regardless if the spiders you are seeing in your home are the poisonous variety or not, if you just want to get rid of them we can help you.

What You Can Do:

Spiders like dark, damp places.  Shine some light on those areas and wipe up their webs when you see them.

What We Can Do:

Our treatments address multiple areas of the home that are easy to ignore.  We can treat inside the home, outside the home and even in the crawl space where spiders love to hang out.  By treating your spiders, we also are treating many other common household pests at the same time.